Showing posts from July, 2018
Show All

How to Stop Accumulating Debt 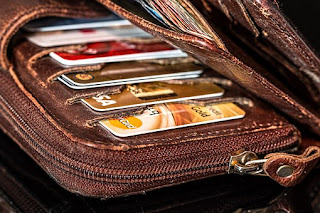 Are you part of the ever-increasing number of millions around the globe who are looking for ways to get out of debt or to avoid accumulating more debt? The following are potent measures you can use to say a final bye-bye to crippling personal debt.

1. Get realistic about your income and live accordingly.

One major reason most people pile up debt is that they live well beyond their means. So, if you're serious about avoiding debt in your life, one big thing you need to do right now is to sit down and assess your real income level.
Know exactly how much money comes into your home or small business within a week, month or year. This includes salaries or wages, profits on investment, interest on savings and all other income sources available to you.
The next step is to find out if you've been spending much more than you actually earn. Your answer will surely be yes. What then are the things that make you spend more than your actual income would normally allow you to?
Yo…
Post a comment
Read more

Top 8 Ways to Be A Happy Person 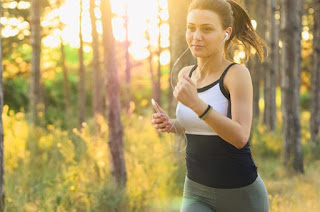 The black smoke is all over the city, the houses do not look glamorous anymore. The big clock on the tower is incessantly giving commands and almost everyone is running behind time. People are gradually turning into mobile machines that only follow instructions. This busy era is literally snatching away every trait of happiness from people's lives. Sometimes, it seems like people need proper guidelines and tutorials on how to be happy. Do these are the things that you have in your mind? Do you really want to be happy and agile as before? Then this whole article is dedicated to you. I will throw some light upon the top 8 ways that can make you super delighted and gleeful.

Happiness is like a key that only fits the door where everything is full of positivity. Positivity is something that makes you feel confident and composed. Positive thoughts originate from the honest and pacified minds.
Well! This supreme optimism may not come just in a day. A si…
Post a comment
Read more

Commencement Speech for All Ages

Academic knowledge is important and has its essential role. However, don't neglect to pursue self-knowledge. Self knowledge is the basis for success in any endeavor you choose. Continually work towards self-unity and being happy. Set goals based upon your talents, strengths, and enjoyment of the undertaking.
Develop your personal definition of success and take consistent steps towards this realization.


Never let minor setbacks deter you. Be your own personal compass and set your own direction. Think critically and be willing to question any self appointed expert.

Appreciate the importance of your friends and family. Be willing rid yourself of those who distract and inhibit you from realizing your goals. Achieving happiness and peace of mind is based upon what you rid yourself of and not what you acquire. Remember a friend is someone who is supportive to you in your effort to realize your goals. It is someone who will listen to you when you need to talk and vice versa an…
Post a comment
Read more

Feeling Defeated? How to Overcome Failure & Power Up Your Confidence 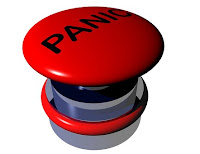 
A couple years back, a client was talking about acting. They had performed in plays most of their life.
They told me how much sweat, blood, and tears goes into one single play. The hours and HOURS of learning the material... memorizing their lines... and getting ready for the show. Despite all this preparation, something inevitably happens the day of the show... something you wouldn't expect...
They said, more often than not, someone will forget their lines or make a mistake on stage.
So NOT just a mistake but a VERY PUBLIC mistake. (In some cases in-front of hundreds of people)


What do they do about it?


When it happens, the cast members simply adjust to the mistake.
They flow with it.
They roll with it.
They play along with it.
They even make up lines if they have to.
I had no idea!
Looking back on all the plays I'd seen, I wondered how many had to be adjusted because of mistakes.
Crazy thing is, I didn't notice and neither did the people I was with...
The truth is... …
Post a comment
Read more

Who's In Charge In Your Life? 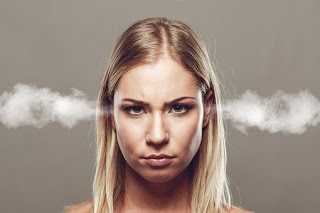 
Whatever we chose to do in life, we chose it because we expect to gain something in exchange. If I snap at my daughter when she does something wrong, I do it because I expect her to change her behavior. When I let others tell me what to do, I accept it because I expect them to guide me better than I would. When I drink too much it is because I want to forget or have fun. We all do it. We do things because we expect rewards: good ones or bad ones, pleasure or pain. We do things to obtain pleasure. We do things to avoid pain. We provoke situations that will hopefully yield what we think we want or need. A baby cries when asking for something. An adult insults, teases or praises others because he or she wants something, too.


Most of us are not aware of our doing this when pain is involved. We don't realize that we're doing things to avoid an even greater pain. Let me illustrate it. Some people put up with a job they hate or an abusive boss because the pain of bei…
Post a comment
Read more

The Two Elements for Bending Reality 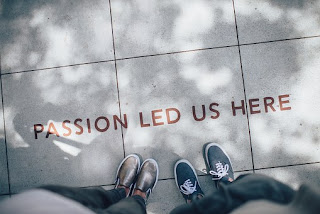 A key ingredient of this state is that your happiness is not tied to attaining your vision. It comes from the pursuit of your vision, combined with a sense of gratitude for what you already have. That way, you don't have to wait for happiness. It's just the natural by-product of pursuing your vision. You feel a deep sense of fulfillment. And you feel insanely motivated to keep moving forward. Your work becomes like a craving. You can work twelve hours straight, and you might feel tired, but you won't burn out. All the truly great people I know have this beautiful happiness associated with pursuing their goals.


Indeed, I think it's the only way to truly attain your goals-to be happy as you make the long, sometimes difficult climb toward great visions. On Necker Island, as we were masterminding with Branson and getting life lessons from him, someone from my group asked him, "You're always happy. What do you do when you&#…
Post a comment
Read more 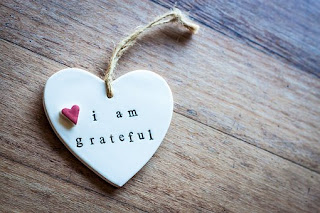 Take enthusiastic action towards living your life by design. Without it, passion and purpose and the enthusiasm to persevere are void.

Dedicate to yourself:
Yes, be dedicated and as well to those you love to produce strongly a life you can love.
Instead of responding, devote to producing from your heart and soul, out of love rather than fear.

Embrace and recognize:
Grab on to the idea that each instant is best regardless of its outcome. If you are not pleased with the result, choose to use that instant and one that is holy to discover and make the suitable shift.

Dwell entirely in an area of your mind on appreciation:
Slipping into a scarcity mindset and lack will become less of a practice when you consistently shift to appreciation, far from poverty consciousness.
While appreciating and extending your ideas use a passion and purpose formula of, 'Recognize/Reevaluate/Restore' in place of the, 'Shoulda/ Woulda/ Coulda,' whirlwind.